The site currently occupies the oldest of the 500-year-old independent school’s buildings: a 19th century Grade II listed building, formerly the main school and now a library, and an early 20th century main school building built in the same style. These buildings are visible through ornate iron gates across an immaculately kept cricket green and are widely admired as a local landmark.

Hillcrest was founded in Cheshire in 1985 and has established a reputation for delivering high quality residential design that is in keeping with a development’s location. Hillcrest will submit plans to Cheshire East Council later this year proposing the restoration and conversion of the period buildings for sensitive redevelopment into attractive luxury apartments. In addition, Hillcrest will propose crafting a number of high quality new build homes designed specifically for the site and sensitively positioned around the existing cricket green. If planning is successful, the gates and a large part of the green will be preserved.

The new scheme is being delivered in partnership with The King’s School and is the result of months of close negotiations led by Hillcrest’s new Managing Director, James Payne.

Says James, “It’s a privilege to have been entrusted with such an important site. The buildings are steeped in history and are held in high esteem by local residents and current and former staff and pupils. It is not in our nature, as a business or individuals, to disregard this heritage. By giving them a new lease of life as prestigious and comfortable homes, we aim to prolong their history, King’s legacy and our own whilst creating an inspirational place for people to live and thrive.”

Cumberland Street is one of three sites being sold by The King’s School to help fund the development of a pioneering new 80-acre educational facility near Prestbury for children aged from pre-school to sixth form.

Referred to as King’s ‘2020 Vision’, work on the new state-of-the-art King’s school is expected to start this Summer with completion scheduled for late Spring 2020. The current school sites will be released for housing once the new school is complete.

Says Dr Simon Hyde, Headmaster of The King’s School, “It was very important to us that our chosen development partner for the historic Cumberland Street site would approach it with sensitivity and respect. Hillcrest has demonstrated its ability to deliver residential schemes that serve the requirements of residents whilst protecting the aesthetics of their location to benefit the wider community; both now and in the future. Their plans for the site are very exciting.”

Public consultation events on the proposed scheme will be staged in the Autumn with Hillcrest hoping to submit a full planning application by the end of the year.

For more information on The King’s School’s ‘2020 Vision’ visit www.kingsmac.co.uk/future-plans

Hillcrest Homes is an esteemed provider of high quality, design led, luxury homes and is part of the Nikal Group.

Established in 1985, and the recipient of numerous awards for design and build quality, luxury and innovation, the company has established a reputation for crafting homes in unique designs that respond to their precious, hand-picked location.

After building exclusively in Cheshire and South Manchester for 33 years, the company recently expanded with a new office and a development of 30 homes in Hurst Green in the Ribble Valley. Further developments are planned for the West Midlands as well as Greater Manchester. 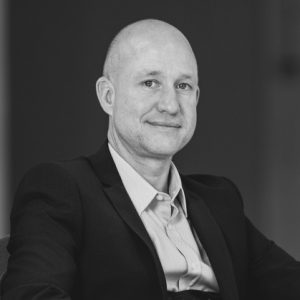 The expansion follows the appointment of a new Managing Director, James Payne. Payne trained and practiced in architecture for many years prior to his role as Design and Development Director at Hillcrest’s parent company, Nikal. Whilst with Nikal, Payne was responsible for delivering major regeneration schemes including Soapworks in Salford Quays and Masshouse in Birmingham City Centre. Payne also secured planning and development of the first phase of Exchange Square, Nikal’s £105M development in Birmingham – the largest forward funded built-to-rent scheme outside of London.