Hillcrest Homes has submitted plans for a new development of luxury homes to be built on The King’s School’s Cumberland Street campus in Macclesfield when the school moves to new premises in 2020.

Planning is being sought for 115 homes on the six-acre site, which will be delivered through a combination of new bespoke homes and apartment buildings, and the sensitive conversion of a Grade II listed library, Grade II listed gatehouse, and a large section of the main school building.

Hillcrest’s plans also include the retention of the The King’s School’s perimeter stone walls, ornate iron ‘Gates of Remembrance’ and the majority of a central cricket pitch, which will be landscaped into a high quality ‘park green’ around which the new homes will be carefully positioned.

According to Hillcrest’s Managing Director, James Payne, the plans retain ‘treasured views and vistas’ whilst creating high quality homes for people at all life stages. He says, “This is a high profile site in a prominent gateway setting. It’s a greatly admired local landmark and an integral part of the town’s history, character and identity. Every design decision was influenced by the desire to preserve this special relationship.

“Our plans retain the most significant of the School’s buildings and provide them with a new lease of life as exemplary, modern, energy efficient homes. Complementing them are bespoke new homes and apartment buildings in innovative architectural designs that respond to their location and the requirements of modern buyers. The result is a high quality and sustainable residential development that respects its past whilst displaying a unique character and identity,” he adds.

The King’s School Cumberland Street campus is widely considered ‘the jewel in the crown’ in the 500-year old independent school’s extensive estate and is home to the oldest of its buildings.

Under Hillcrest’s proposals, a 19th century Grade II listed building, formerly the main school and now a library, would be restored and converted into seven large two bedroom homes with mature private and communal gardens, a 19th Century Grade II listed gatehouse would be restored and converted into a four bedroom detached home and an early 20th century main school building, built in the neo-classical style, would be converted into 29 one and two bedroom apartments with a contemporary style extension added to the rear. 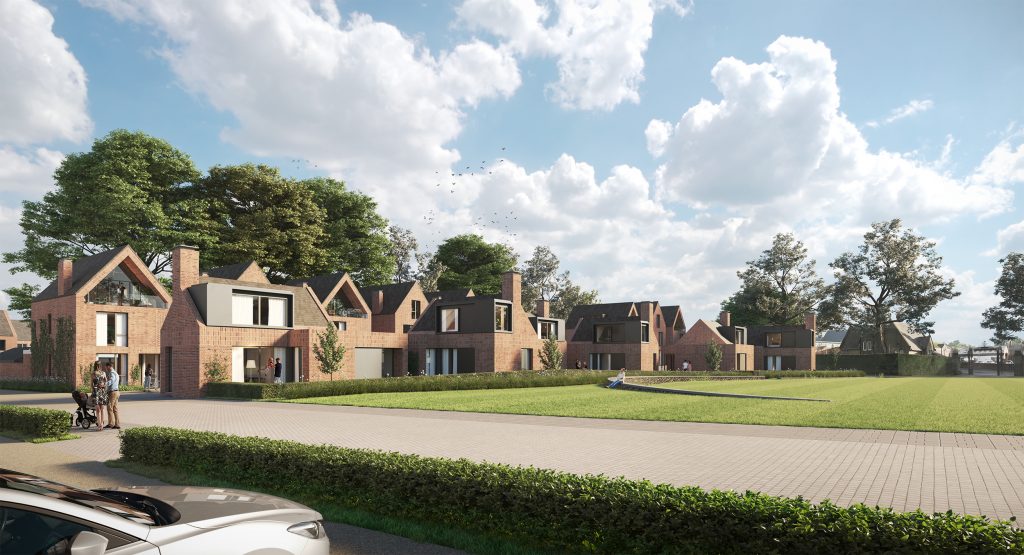 Also within Hillcrest’s plans is the creation of 42 one and two bedroom apartments from ‘Later Living’; a new sub-brand in the homebuilder’s portfolio that provides luxury homes and apartments aimed at, and crafted specifically for, ‘downsizers’ and ‘empty nesters’. In addition, 12 two and three-bedroom terraced homes would be constructed on Pownall Street on the site of the School’s Percyvale Science Block and a prefab maintenance building.

Says James; “To be entrusted with the future of this site is a privilege. We’ve worked tirelessly to craft proposals that preserve the most cherished buildings and vistas whilst delivering a high standard of architectural design, landscape design and material choice through complementary contemporary additions.

“The variety of housing options opens up the development to a wide range of individuals and families, creating a diverse new community and a genuine opportunity for people to achieve ‘homes for life’ in the heart of Macclesfield town centre. Social interaction is actively encouraged through the inclusion of appealing external spaces, such as the vast landscaped green, communal garden and a garden street.

“We believe this combination of elements immortalises the spirit of The King’s School and creates a lasting legacy of which we can all be very proud,” he adds.

Says Dr Simon Hyde, Headmaster at The King’s School, “Our aspirations for a distinctive and high-quality legacy for King’s have been fully realised by Hillcrest. I am delighted that the King’s community had the opportunity to contribute to the scheme, which combines beautiful new design and respect for heritage. Hillcrest has created a very special new space in the centre of Macclesfield, giving new life to a well-known and much-loved landmark.”

Hillcrest is working with Project3 Architects, Exterior Architecture and Avison Young planning team on the proposals.